Medical expenditures in Japan for FY2016 totaled 41.3 trillion yen (according to preliminary reports), approximately 0.2 trillion yen less than the total from the previous fiscal year. This preliminary figure is also referred to as approximate medical expenditure because it excludes expenditures stemming from work-related injuries or those paid entirely out of pocket by individuals. The growth rate of the approximate medical expenditure compared to the previous fiscal year was -0.4%. Rather than being frequently observed, this negative annual growth rate was an isolated occurrence, likely due to significant increases in expenses, particularly in 2015, related to antiviral drugs for treating viruses such as Hepatitis C, followed by a year in FY2016 that saw such changes as the revision of medical service fees as well as significant decreases in expenses for antiviral drugs.[1] 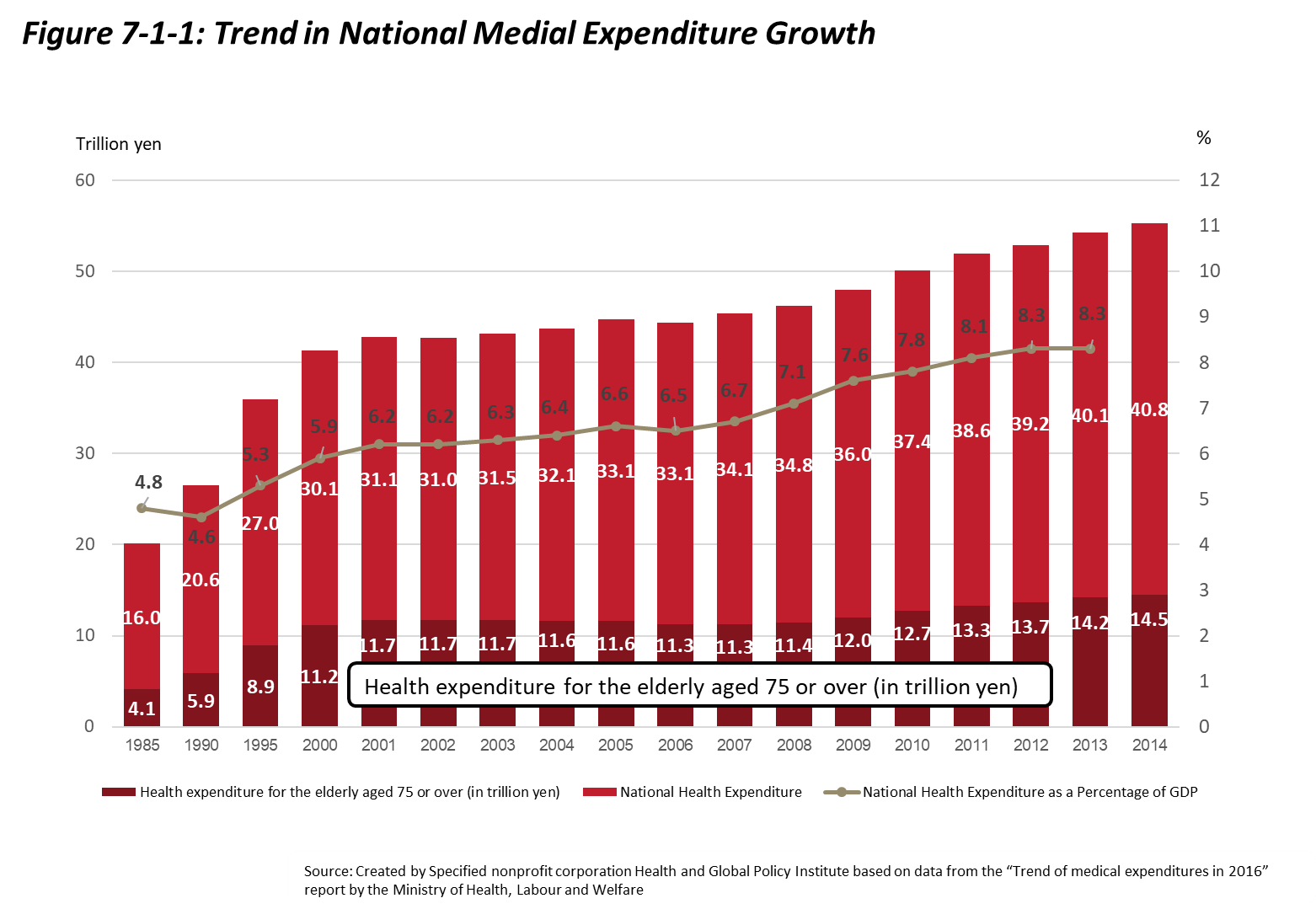 The topic of national medical care expenditure is crucial for considering the sustainability of Japan’s universal health insurance system. This is especially clear when viewing national medical care expenditure by funding source—a total of 87% of all expenditures are funded via public sources (government funds and insurance premiums). The complete breakdown of funding sources is shown in Figure 7-1-2.

Compared to other developed nations, Japan spends relatively little on healthcare in absolute terms; however, total spending on healthcare as a proportion of GDP is higher than the OECD average. By this measure, Japan ranks sixth, just behind the United States, Switzerland, Germany, Sweden, and France.[4] That said, it should be noted that the OECD calculates healthcare spending as the sum total of not only national medical care expenditures for treatments reimbursed by health insurance, but also spending on over-the-counter medications (OTCs), long-term nursing care, preventative measures (vaccinations, checkups, etc.), natural childbirth, and optional hospital bed upgrades. 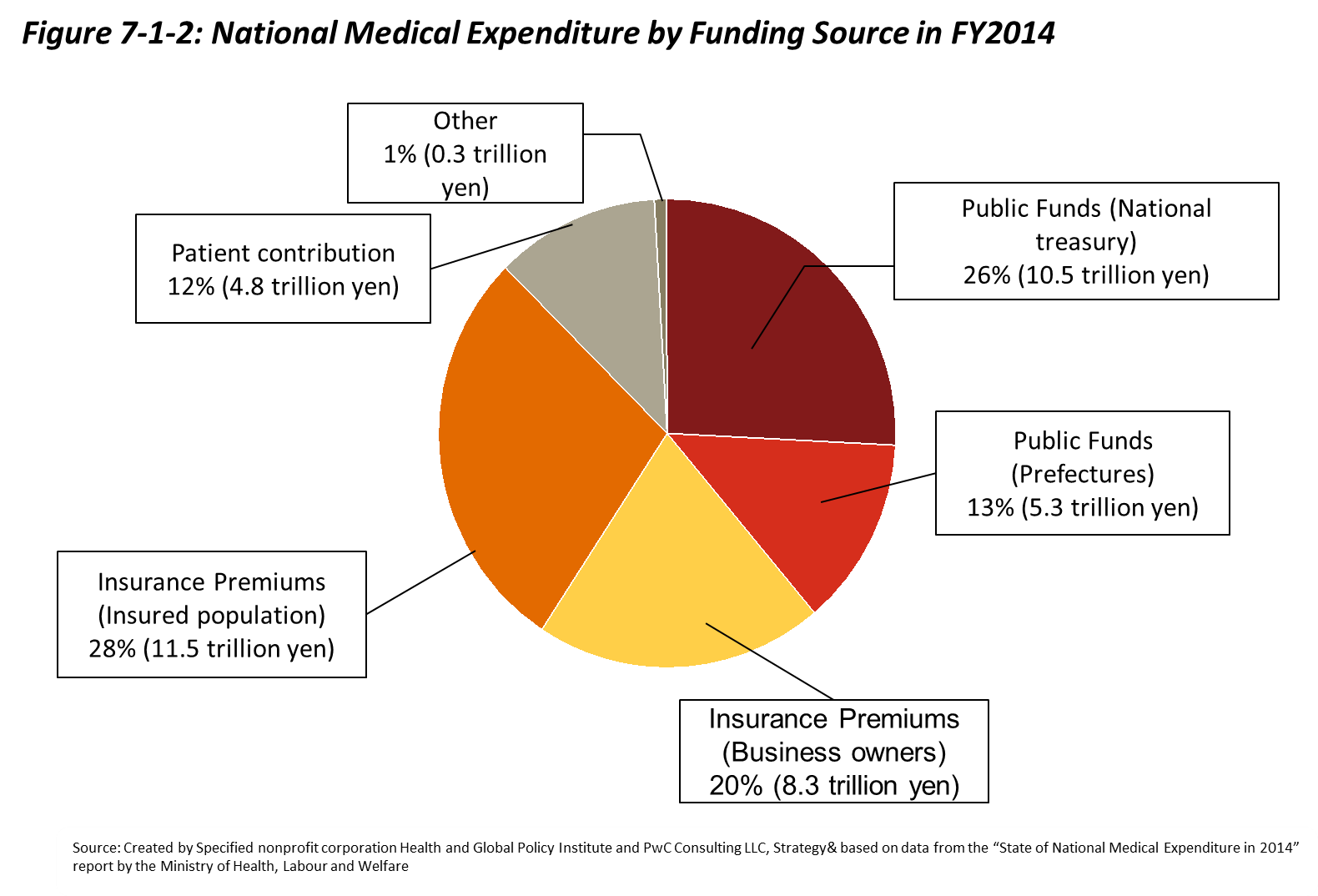 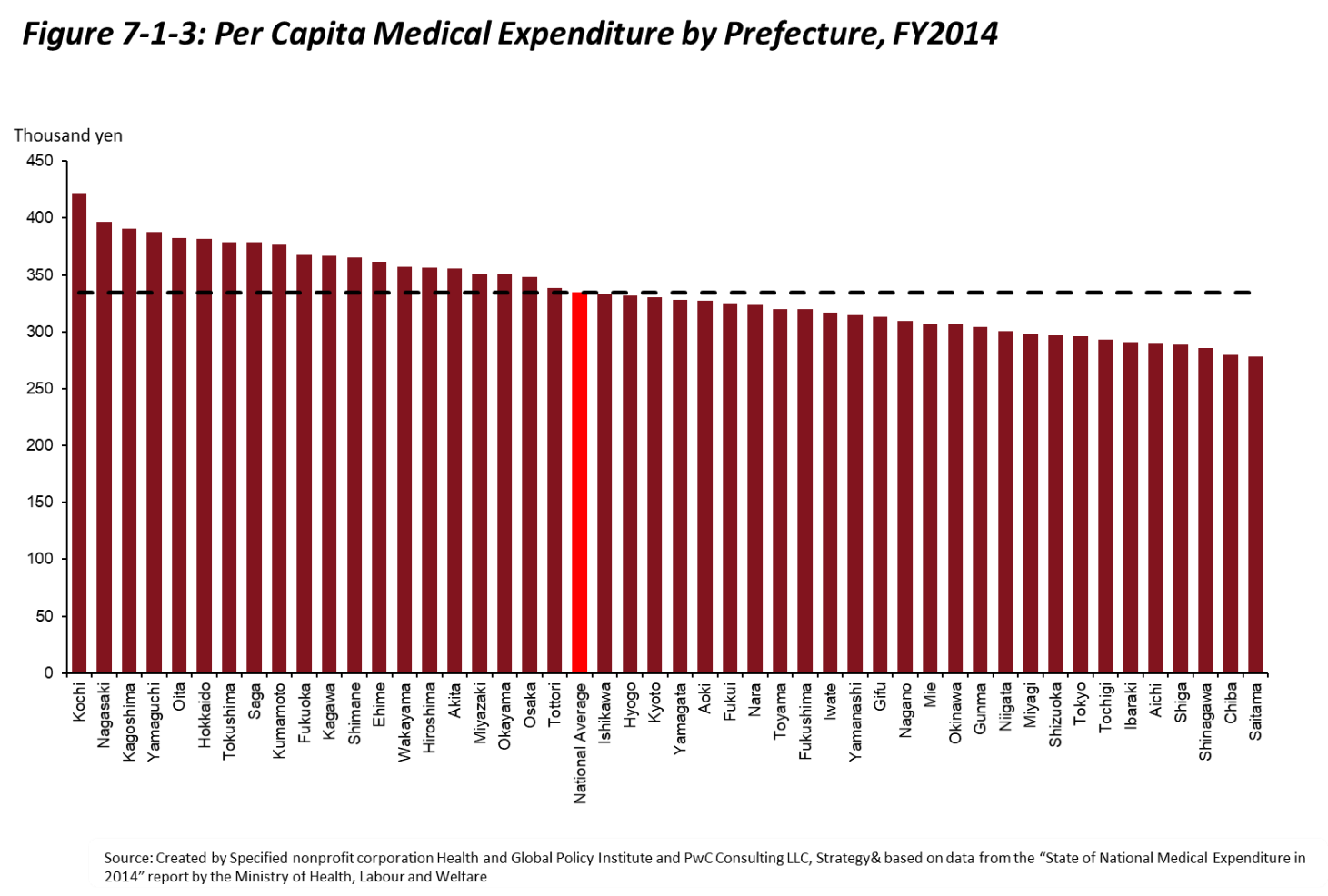 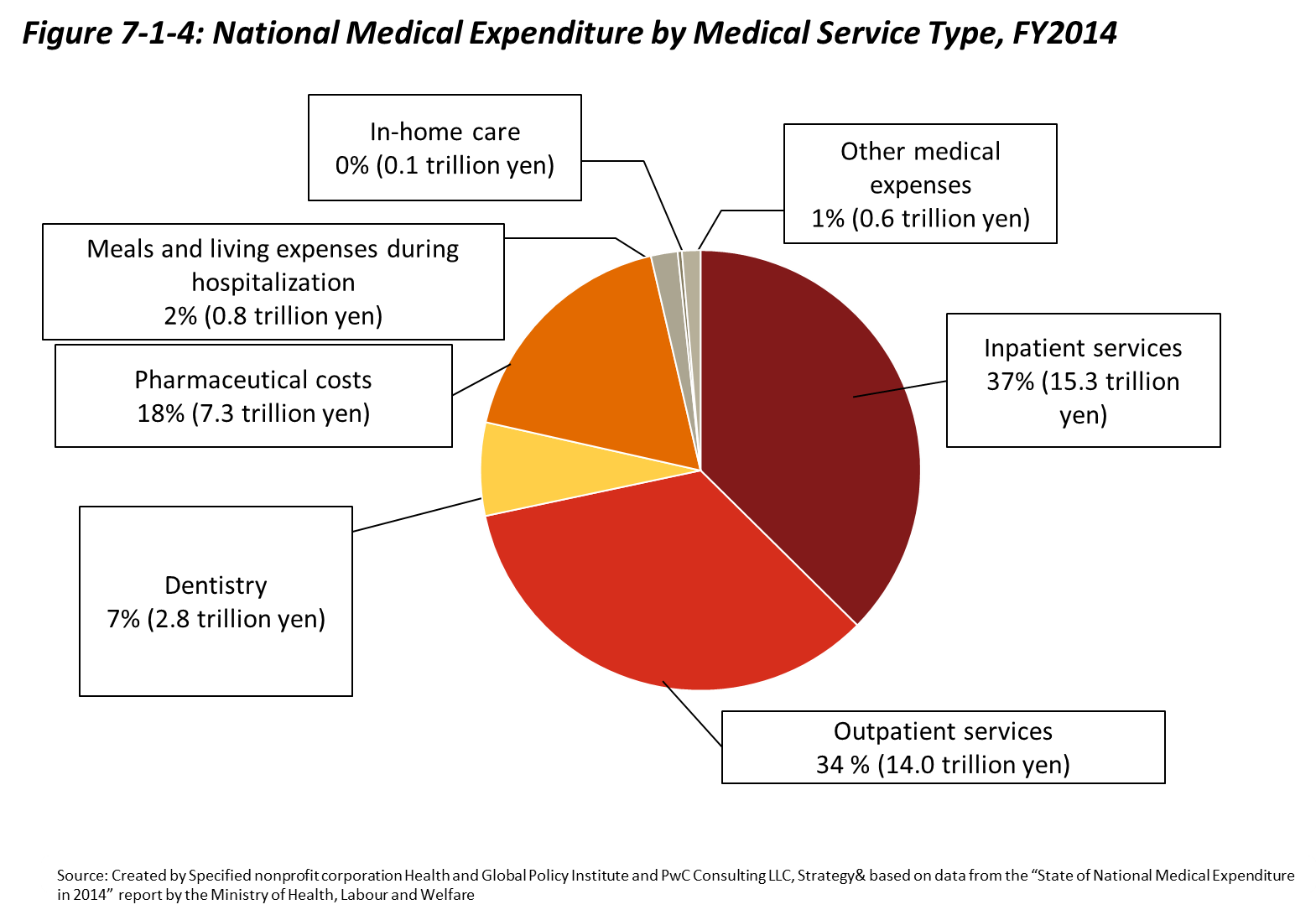